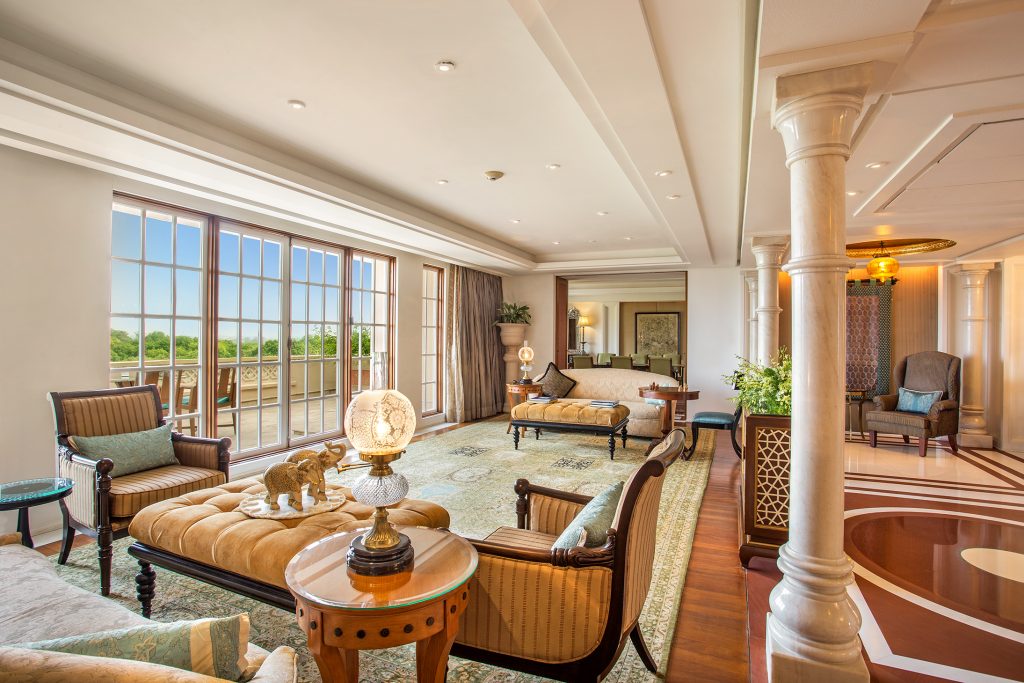 What makes it special?

Wake up (and fall asleep) to mesmerising uninterrupted views of the Taj Mahal, just over a kilometre in the distance, at the Kohinoor Suite, named after the 105-carat Indian diamond, and fittingly the jewel in the crown of The Oberoi Amarvilas, Agra hotel. While millions worldwide flock to view the white-domed tomb, guests staying at the Kohinoor Suite can bask in a private viewing from afar. Making the most of its location, the top-floor suite features wall-to-wall windows that segue into three open-air terraces from the living room, bedroom and bathroom respectively, framing the monument from nearly every area within the suite. Though not an original build of Mughal times, the palatial-styled hotel is visibly inspired by Mughal architecture with details like intricate marble inlays and jaali screens. A dedicated butler, available 24-hours at beck and call, is on hand to arrange transfers, excursions and activities as well as private dinners.

Find out more about Kohinoor Suite

Advertising disclaimer: The Suite of the Month posts may not be editorial in nature, and may be sponsored posts made in collaboration with the hotel/resort/villa.

Unlockdown: Welcome Back To The World Of The Living
Unseen Croatia –These Pictures Will Make You Wish You Were There Right Now
Your Next Staycation, Hopefully Somewhere Away From Home