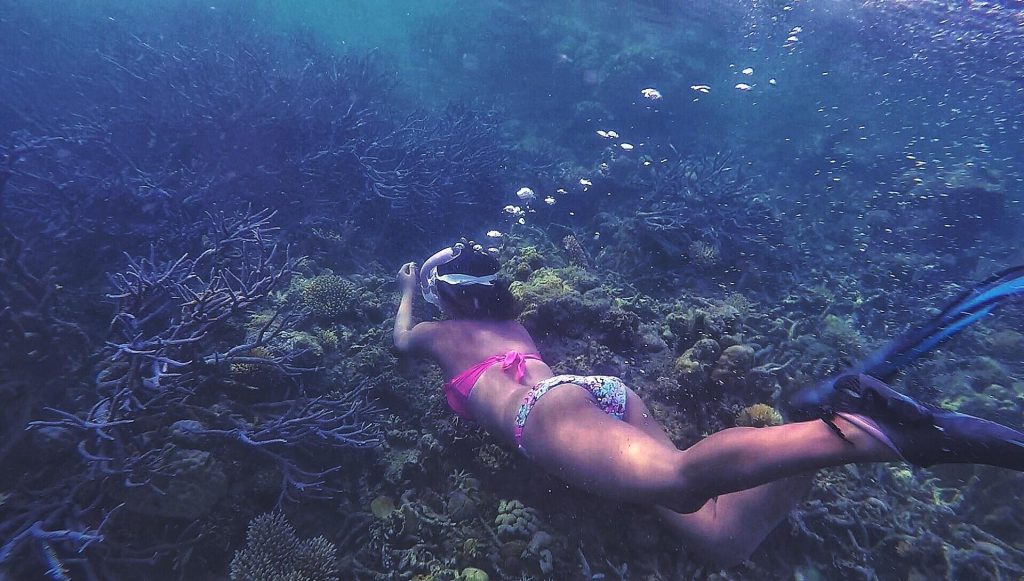 Aside from the imposing karst limestone formations that tower around the famous Kayangan Lake and Twin Lagoon, Coron in the province of Palawan prides itself on having endless stretch of vibrant ocean teeming with historical wrecks and diverse marine creatures. I visited Coron few years ago and I was astounded by its unparalleled beauty few meters down.

Here are some of my favorite snorkeling/dive spots in Coron for beginners:

Siete Pecados is a 20-minute boat ride from Coron’s docking area. Siete Pecados means Isles of Seven Sins. According to our tour guide, during the early days, seven daughters went swimming in the area, against their mother’s orders. A typhoon came and they all drowned. As they were searching for the daughters,  seven new rock formations appeared in the middle of the sea. Hence, the name. Despite its ominous name, Siete Pecados is nothing but a wonderland of abundant ocean life.

Right in front of Lusong Island, at 9-10 meters deep, is a sunken World War II Japanese gunboat. This shallow wreck dive is good for beginners and open water divers. The Lusong Gunboat is visible at the surface during low tide. As it has sunk thousands of years ago, the wreck is now covered with coral reefs and is now serving as a playground for sea creatures such as damselfish, lionfish, cuttlefish, stonefish, and parrotfish. Adjacent to the gunboat area is a coral garden where turtles often frequent.

Little is known about East Tangat wreck. It is said to be approximately 35 to 45 meters long, with a starting point of only 3 meters down below. Its maximum depth is 22 meters or 72 feet.

Malcapuya Island has a long beach that stretches almost the entire length of the island.  Most reviews say there is nothing to do much in this island, except to beach bum on its powdery white sand, but I was enticed to dive because of its sparkling clear waters. Going under, you may come across with black-tip shark and barracudas.